Welcome to the Dayton Unit NAACP

Message from our President

On behalf of the Dayton Unit NAACP, 1st Lady Jean and I, welcome you to our Website. Founded in 1915, the Dayton Unit NAACP is the oldest and largest Civil and Human Rights organization in the Dayton Region. Our members, volunteers, office staff, organizers, committee chairs, Twitter and Facebook friends continue to fight for social justice for ALL Americans. We hope you have an opportunity to view our Annual Reports to be enlightened about our work. Please navigate through our website to learn more about our organization. We encourage your youth to participate in our youth enrichment programs.

"Our Success Is Influenced By Your Actions (DLF)"

Founded in 1915, the Dayton Unit of the National Association for the Advancement of Colored People (NAACP) is the city’s oldest and largest nonpartisan civil rights organization. Our members throughout the Dayton Region and Montgomery County are the premier advocates for civil rights in their communities. Our core goals are to Inform, Educate and Empower the Citizenry as we pursue justice and equality for all Americans.

For more information on the Dayton Unit NAACP, please call (937) 222-2172 or visit www.naacpdayton.org

As adults, whether directly or indirectly, you have been through a lot, you have witnessed a lot, you may have even bore the burden of someone else, but more importantly, you know how to overcome with resilience. May God Bless You, May God Bless the NAACP and May God Bless These United States of America!

In Loving Memory of 1st Lady Jean A. Foward

Our children are blessings from the most high. Please ensure they are trained, educated and engaged in the Civil Rights Movement!

Under the leadership of then-Beverly Hills/Hollywood Branch President Don Lanclos, a committee of entertainment professionals conceptualized an awards show that would celebrate the achievements of African-American artists and professionals who were largely overlooked by mainstream Hollywood. The show would also honor those people who had worked to change African-American images in Hollywood.

Special honorary awards such as the Chairman’s Award, the President’s Award, the Vanguard Award, the Jackie Robinson Sports Award and the NAACP Image Awards Hall of Fame extol exceptional individuals and organizations for distinguished public service. 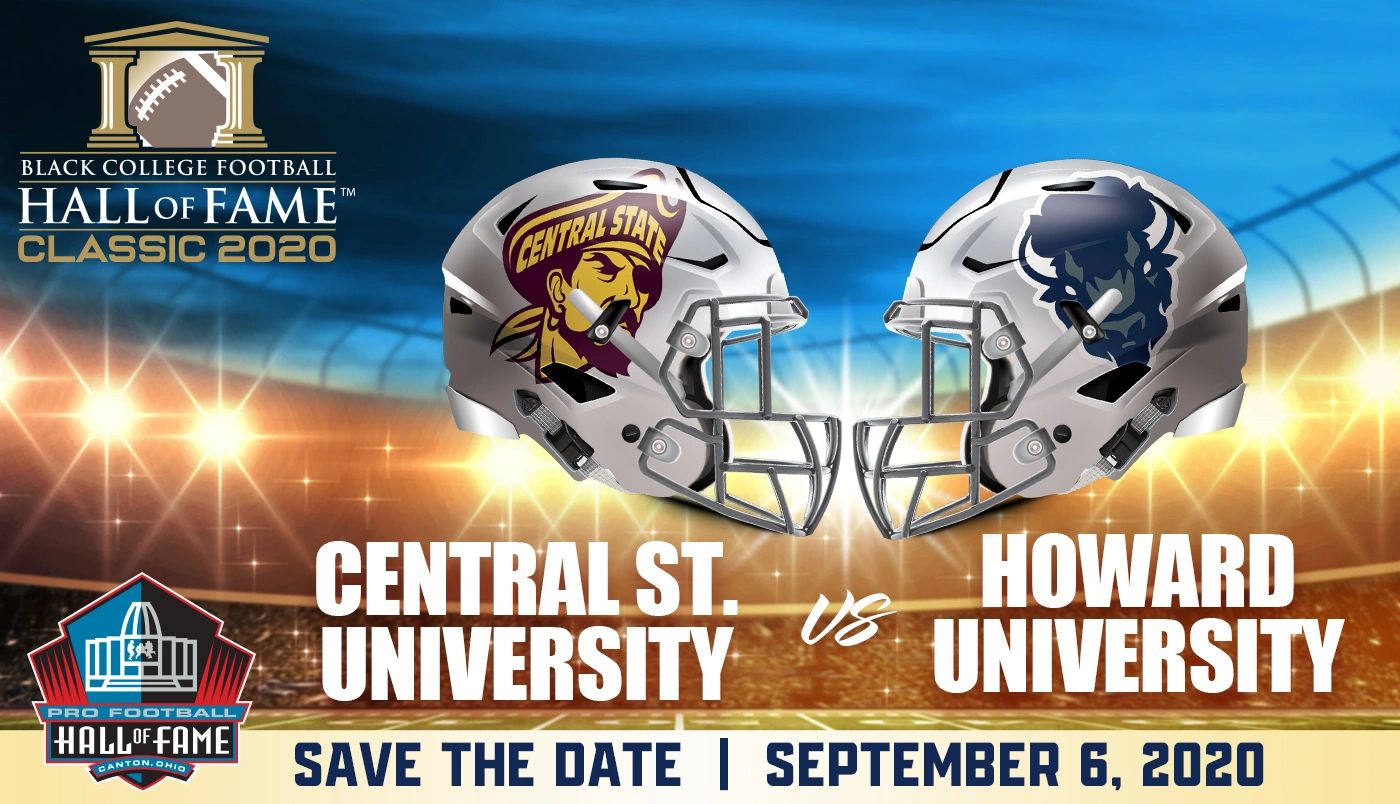 Save the date: the annual Black College Football Hall of Fame Classic returns to Tom Benson Hall of Fame Stadium in 2020. The game will feature Central St. University and Howard University.

As mandated by the U.S. Constitution, our nation gets just one chance each decade to count its population. The U.S. census counts every resident in the United States. It is mandated by Article I, Section 2 of the Constitution and takes place every 10 years. The data collected by the census determine the number of seats each state has in the U.S. House of Representatives (a process called apportionment) and is also used to distribute billions in federal funds to local communities.


The next census in 2020 will require counting an increasingly diverse and growing population of around 330 million people in more than 140 million housing units. To get an accurate count, the Census Bureau must build an accurate address list of every housing unit, maximize self-response to the census, and efficiently follow up with those who do not respond.

The National Association for the Advancement of Colored People (NAACP) together with Prince George’s County, Maryland, the NAACP Prince George’s County Branch and two county residents, sued the federal government to combat the imminent threat that the 2020 Census will substantially undercount African Americans and other people of color in communities throughout the United States causing inequalities in political representation and deficiencies in federal funding of those communities.

“We are glad to see that there is a ten-count indictment in the shooting deaths of Devin Henderson and Javier Harrison at the hands of Victor Santana...The Garage Killer. We are monitoring this case very closely with the hopes that the Montgomery County Prosecutor’s Office will pursue this case very aggressively which will turn into a conviction of murder...”

May the Lord continue to comfort their families in the days ahead.

Absolute tragedy in this garage!

"An Evening Discussion on Race Relations"

"An Afternoon, of Love, Unity, Peace and Inclusion"

Our theory of change is that if we educate the public about the role of judges and courts, we will increase participation rates in judicial elections, improve the quality and diversity of judges selected for the bench, and engage more activists to win fair courts.

Ohio Voice is the c3 table in Ohio. They are here to create the infrastructure that supports and coheres the social movement ecology in Ohio to improve the lives of all Ohioans. Their role is all about support. They are here to make sure that Ohio progressives have the resources, skills, and networks they need to pursue the change they are working for. They believe that if Ohio progressives start to work together, learn together, and play together more, then we will be able to win together.

The mission of Ohio Voice is to support and grow the ecosystem of non-profit, non-partisan organizations doing year-round civic engagement with underrepresented communities in order to improve people's lives.

The Supreme Court of Ohio & The Ohio Judicial System

The chief justice and six justices are elected to six-year terms on a nonpartisan ballot. One is African American and six are Caucasian. Three are male and four are female. The Honorable Justice Melody J. Stewart became the first African-American woman to be elected to the Ohio Supreme Court. Two justices are chosen at the general election in even-numbered years. In the year when the chief justice runs, voters pick three members of the Court. A person must be an attorney with at least six years of experience in the practice of law to be elected or appointed to the Court. Appointments are made by the governor for vacancies that occur between elections.

Structure of the Ohio Judicial System

The Constitution of Ohio separates our state government into three branches, each with distinct areas of responsibility â€” the executive, the legislative and the judicial.

The primary function of the judicial branch is to fairly and impartially settle disputes according to the law. To do this, a number of courts have been established in the state by the Constitution and by acts of the General Assembly.

Further, in addition to its place in the court structure as the court of last resort, the Supreme Court, in particular the Chief Justice, is responsible for the administration of the judicial branch in Ohio.

The Supreme Court of Ohio

The General Division of the Montgomery County Common Pleas Court is a trial court of general jurisdiction that provides prompt, fair and just resolution of litigation in civil and criminal cases.

There are sixteen Judges in the Common Pleas Court for Montgomery County. The Judges are elected to and conduct their work in one of the four divisions. In some instances, the Presiding Judge will assign a Judge from one division to another for specific cases. This is done to avoid the cost and delay involved with a Judge from another county being assigned to a matter.

The General Division has eleven Judges responsible for civil cases and criminal felony cases. One is African American and ten are Caucasian. Eight are male and three are female. The Honorable Judge E. Gerald Parker Jr. is the first and only African American male judge in the Montgomery County Common Pleas Court, General Division. Civil cases involve disputes between parties for such things as unpaid debts, personal injuries from accidents, contract disputes and other conflicts arising out of different types of business transactions. Criminal felony cases are prosecutions for crimes that can result in a prison sentence for the offender. Felony cases are divided by classifications from One to Five with Level One crimes being the most serious offenses.

The Domestic Relations Division has two Judges empowered by statute to hear all divorce, dissolution, legal separation, and annulment cases, as well as civil domestic violence cases for residents of Montgomery County. One is African American and one is Caucasian. One is male and one is  female. In addition, the Court maintains jurisdiction over post-decree matters such as allocation of parental rights and responsibilities, child support, parenting time issues, spousal support, and other related matters.

The Juvenile Division has two Judges with jurisdiction over cases regarding delinquent and unruly children, as well as those youth charged with traffic violations. Both are Caucasian. One is male and one is female. The Court also makes judicial determinations relating to dependency, neglect, abuse, paternity, child support, and parenting time.

The Probate Division has one Judge with exclusive jurisdiction over the administration of estates and trusts, appointment of guardians for incompetents and estates of minors, adoptions, the issuance of marriage licenses, name changes, commitment of the mentally ill, and various other actions. The judge of this court is African American and female. The Court also approves settlements in wrongful death actions and minor injury claims. The Probate Division is empowered with more than two hundred responsibilities pursuant to the Ohio Revised Code.

Five full-time judges serve on the Dayton Municipal Court. Four are African American and one is Caucasian. Three are male and two are female. Each judge is elected on a nonpartisan ballot to serve a six-year term of office. Judges must be attorneys, required to have practiced law for a minimum of six years and be residents of the City of Dayton. All judges are sworn to administer justice in every case and to ensure that the cases before them are conducted in an impartial and equitable manner. Annually, the judges elect a Presiding Judge and an Administrative Judge. These judges meet regularly with the Court Administrator to review the operations and policies of the court.

Two full-time magistrates are appointed by the court to hear certain civil cases, small claims cases, eviction procedures and initial appearances for defendants summoned in for arraignment. They also preside over minor traffic and criminal cases.

Do You Need Us To Advocate On Your Behalf?

Become the Change Agent who Transforms the Community!

We look forward to seeing you at our Monthly Community Meetings typically held on the 4th Monday of every month at 6:00 p.m. at the Dayton Boys Preparatory Academy located at 1923 W. Third St.

The NAACP was founded by a multi-racial group of people pursuing to end racial discrimination.

We protect the Civil and Human Rights of all Americans.

Stay Connected With Us!

Join us in the fight for Justice and Equality for ALL Americans!